With the population increasing by some 500 million people and GDP increasing fourfold, the region’s final energy demand will continue to grow rapidly over the coming decades. The largest increase will come from manufacturing, while transport and buildings will also see strong growth. However, electrification of transport and switching away from the use of traditional biomass in households will provide efficiency gains.

Coal is currently the region’s largest source of energy and it will continue its strong growth before peaking around 2030, when it will be replaced by natural gas in manufacturing. Natural gas will also become more competitive in the power sector, as will solar PV, and natural gas will eventually overtake coal as the main energy source. Despite the rapid growth of renewables, fossil-fuel energy sources will still represent 65%of the energy mix in 2050. 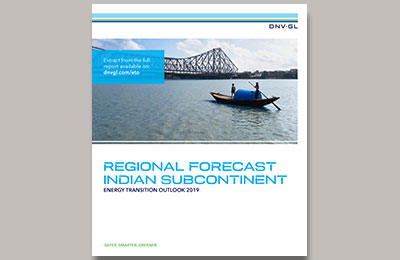